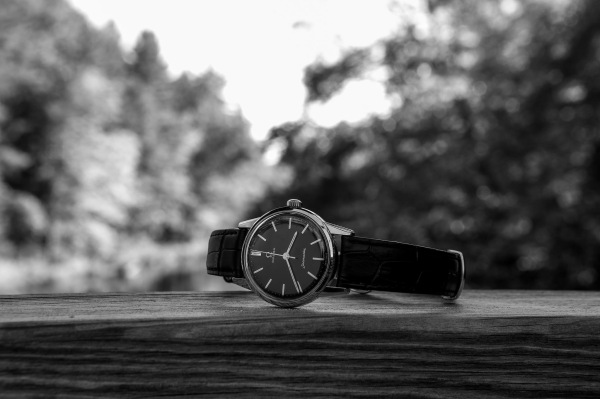 The story of this watch begins with my grandfather, Leo, a man who has been my sole role model since iI was a child. My grandfather grew up in southern Georgia in a typical mid-century family of the South. Maybe not so typical. My great-grandfather Bill owned an auto repair shop where my grandfather learned all aspects of cars, trucks, and how to fix the worst of them throughout his entire childhood. “Remarkable”, I’ve always thought, how my own grandfather started driving a rollback truck at the age of 8. And it was this immersion into auto repair that led to him eventually attaining the Seamaster I now so proudly call my own.

In 1959, a man by the name of Sergeant E.J. Pugh gave my grandfather his personal 1953 Omega Seamaster as an alternative form of payment in return for the work my grandfather did on Mr. Pugh’s truck. Remaining in my grandfather’s possession until the day he gifted it to me for my high school graduation, this watch holds much sentiment, as anyone could well imagine. Quite frankly, it boggles the mind to think about where my grandfather’s watch has been; what it’s seen and what it’s experienced with him.

For several years, it was displayed proudly on my grandfather’s wrist; it was only following a rather negative day at the dirt track, while working on his stock car, that the original strap was torn and lost forever, and while it still had both original spring bars, my grandfather being the stubborn man he is, refused to re-strap the watch, opting instead to carry it in his pants pocket among loose change, knives, keys, and God knows what else. 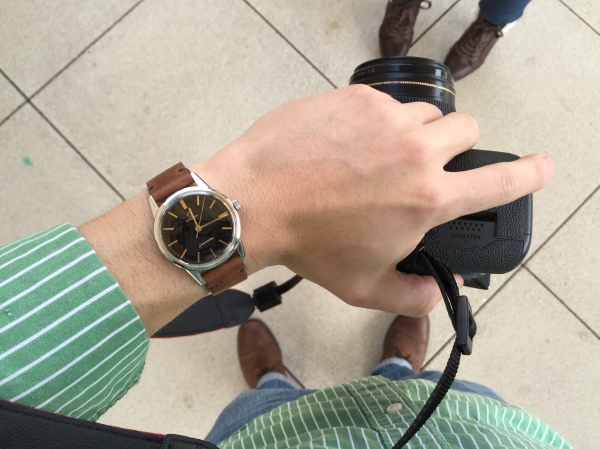 Patina is a word i believe is used too loosely in the watch community; everybody is saying it about every small disfiguration in a watch. Patina is the natural accumulation of wear on a watch and the age it shows as the years go by. If there’d been one way to most accurately depict my Seamaster on the day it was given to me, you’d say: wear and tear. Years upon years of riding shotgun in the pockets of the slacks my grandfather wore, gave the watch a very dull matte finish on the entire case accompanied by a thoroughly scarred crystal. Not to mention the watch hadn’t been serviced in it’s entire life. So of course my first move was to send it off for a servicing by none other than Mark Coffman. (@markcoffman on Instagram)

Mark did an incredible job on the restoration of my Seamaster: from a full case polishing, to re-oiling the movement and replacing the crystal; he was even generous enough to send it back with a brand new bracelet! I never would have believed my 62 year old watch would come back to me looking better than it did the day it was made.

It’s a crazy, confusing, and frequently frustrating thing to be a collector; and that’s why we do it. I know it’s something I will always love, and it’s something others will love in time. It’s one of the best bugs to catch out there, and yeah, like John Mayer himself said: “it is actually contagious.” And perhaps the coolest part about it, is that it can be the $100,000+ Patek, or the $30 Timex: it’s about what YOU like, and only YOU.

You can get to know more about Holden here and here.