Greetings #watchfam, we hope you’ve had a wonderful New Year. For the first #wristalk of 2016 we are proud to have none other than Max, a fellow contributor of Chronomatick since our humble beginning. Lets skip the long introduction and straight to the content. This is EP23 of #wristalk only on CHRMTK.

A watch is more then an accessory to tell time

How it all started?

It all started with a good friend of mine, Marshie when we were in law school. I remembered where I was with him when he bought his first automatic watch, the Orient Flight ERA with a captivating blue dial. As I examined the Orient Flight, it was the overall feel of the watch that changed my perception of watches from then on. I care more about what is working inside the watch than it aesthetics. Then I started doing some research about why these watches are so loved and why people collect them as a hobby.

What was your first watch?

It took a lot of time, research and patience before I bought my first good watch. I did not rush into it. I started hunting for reliable movements, rugged watches that could take a beating and affordable at the same time. It was then I came across Seiko’s SKX009 Diver’s watch. I read more about this watch. Articles, reviews, video reviews, anything I can get my hands on to fully understand this watch and what I am dealing with. It came to my knowledge that the SKX009 has a cult following. Its rugged vintage diver’s look is popular among collectors in the watch community.

I also found the SKX009 was somewhat ‘endorsed’ by actors in movies. Robert Redford (good friend of the late Paul Newman I might add) in ‘All is Lost’ (2013), and Michael Lerner in ‘Brahmin Bulls’ (2013). This made me really proud to own Seiko’s SKX009. Not only it is a rugged and reliable timepiece, but I will also have stories to share when I meet other watch collectors. 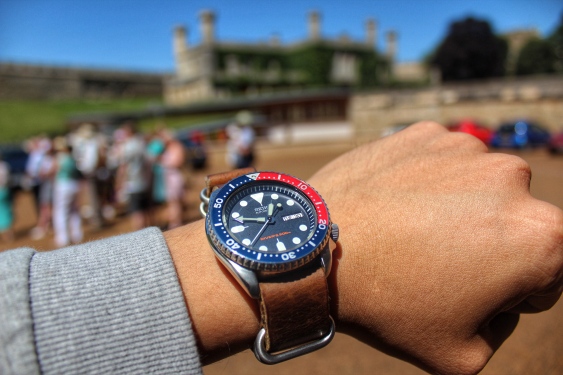 What watches mean to you?

A watch is more than an accessory to tell time. It is a tool to get things done, and an extension of a man’s personality. Most people could argue that they can tell time with their mobile phones, but I prefer the old fashion way. I think it is WAY cooler to flick my wrist out to tell time, than using a phone by clicking on the sleep/wake button.

What is the focus of your collection?

I don’t really have a huge collection of watches, but I love a little bit of everything. I love watches from the rugged-looking ones, down to the clean, simple minimalistic watches. But I am also off the beaten path to collect lesser-known watches. As long as they are reliable, keeps good time, and has a story behind it, they will be in my collection. 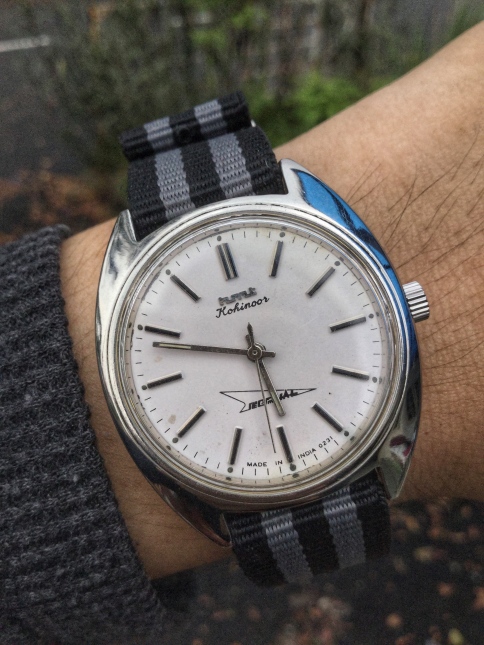 What was the last watch you bought?

The last watch I bought after winning an auction on eBay, is the HMT Janata with Arabic fonts for its numerals. The watch runs with the simple hand-wound caliber HMT 0231 which is based on Citizen’s 0201 movement. It is a simple movement and it just works. I use it as a dress watch mostly, and sometimes when I’m hitting the gym as a beat-up watch as they are dirt cheap. These are the lesser known watches that almost faded in history.

Who or what is HMT? Firstly, HMT (Hindustan Machine Tools) is a government-owned company from India which started in 1953. The company diversified from manufacturing machine tools, tractors and bearings to watches. The company collaborated with Citizen in 1961 and sent some of its employees to Japan to learn how to manufacture watches. The first watches from HMT started rolling out in 1962, and although they don’t make watches as much as they used to back then, the company is still manufacturing watches today. 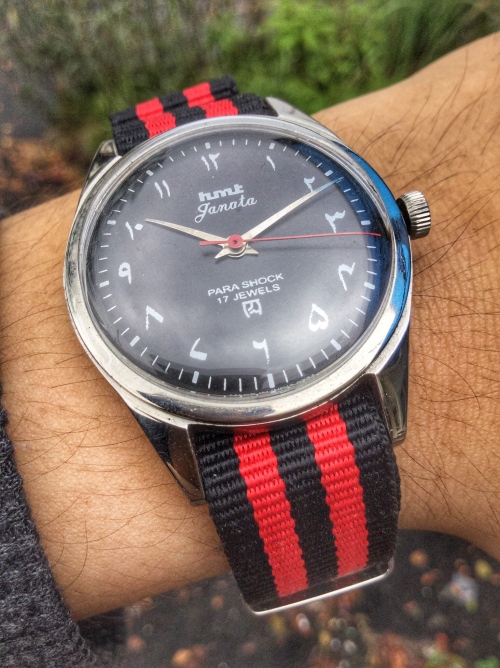 What is your favourite watch in your collection?

To no surprise, I use the Seiko SKX009 as my daily driver. You can’t go wrong with it. The 7S26 movement is a robust one, and it is very accurate in time keeping. The bezel clicks smoothly, and the lume shines remarkably bright when fully charged in the dark. I love this watch, and for those of you who want to get yourself one of these, I say go for it.

What is your dream watch?

The IWC Big Pilot Ref. 5009. This watch is the classic manly-man’s watch, and IWC had made that clear in their ads where they said “IWC. Official suppler to men.” and, “Equality of the sexes has to stop somewhere.” The watch is big, chunky and heavy. I have also fell in love with the harmony and contrast of the dial. 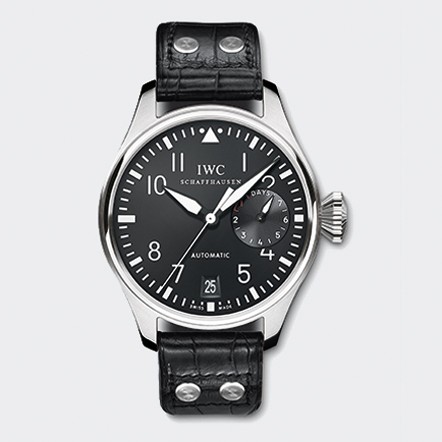 Published by The Matick Blog

View all posts by The Matick Blog