Greetings #watchfam! We are back again with another episode of #LookCloser. For the second time we are proud to bring back Mr. Jones Watches (a.k.a. MJW) and their creations. Today, we’re talking about the Motochrono.

MJW is synonymous with creating unique watches, and the Motochrono is no different. The Motochrono belong primarily to MJW’s “Sun and Moon” family. The design DNA is shared with some of their creations such as the Flying Scotsman, the recently released Miyamoto (inspired by Mario), and of course the Sun and Moon itself.

Despite its similarity, there are however, some unique characteristics and peculiarities which the Motochrono do not share with the other watches. This episode delves into the concept of the watch and why it is actually cool to own one.

Without further ado lets talk about the story of MJW’s Motochrono. We hope you’ll enjoy this episode of #LookCloser. Cheers!

For the benefit of those who have no clue about who and what is Mr. Jones Watches (you ‘re in for a treat), allow me to give you a brief introduction. MJW is a London based watch company that designs and manufacture watches with personality. I highly recommend checking out our previous review of the Last Laugh here (link) and the MJW website here (link).

There is just something about their watches that leaves us yearning for more, and we love doing reviews of their them. MJW is the kind of watch company that makes watches with their own unique touch, and today we are going to talk about the Motochrono. The Motochrono is, to me, a very interesting piece of mechanical charm. I’ve used the watch as my daily driver a little over a week, and this is my personal experience of the Motochrono.

Before bringing MJW’s very own Motochrono into the limelight, let’s take a brief look at the collaborator, the one and only, Untitled Motorcycles.

As Adam Kay (part of the design team at UMC) puts it, “we find bikes that are just lying around, where no one wants them anymore, and make then into something more interesting.” Check them out here on this link: 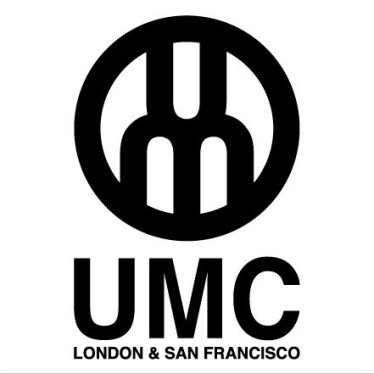 The Watch and the Movement

The Motochrono is given a brushed stainless steel case, with a black leather strap. The strap sadly, could not fit some smaller wrist sizes due to the amount of holes punched into the strap.  The watch measures at 37mm in width. A relatively small watch I would say, but it sits well on my wrist. The little hand at the center of the watch is the minute hand, and the hour is shown through the yellow headlight for the day and the red taillight for the night (more on that in a second).

It took me some getting used to when it came to reading time, especially on the 30th minute. The hour marker will be in between two hours and I had some difficulty telling time. It took me about two days to get used to reading time on the Motochrono.

As you might guess, collaborating with Untitled Motorcycles bring about design elements of motorcycles and speed, and that is all summed up beautifully in the Motochrono (the name says it all).  The watch uses almost the same design language as the Sun and Moon by MJW. The Flying Scotsman is also a variation of this design.

For starters, the overall layout of the watch is inspired by a Smith’s speedometer, hence the automatic movement! It will look like how the speedometer revs up when you accelerate on a bike. Now that is cool. Also, I believe that the design of the leather strap is inspired by a motorcycle seat. Subtle, a really nice touch MJW, props for that.

The watch had garnered some “curious onlookers” and praise for its design by a few people during my time of wearing it. 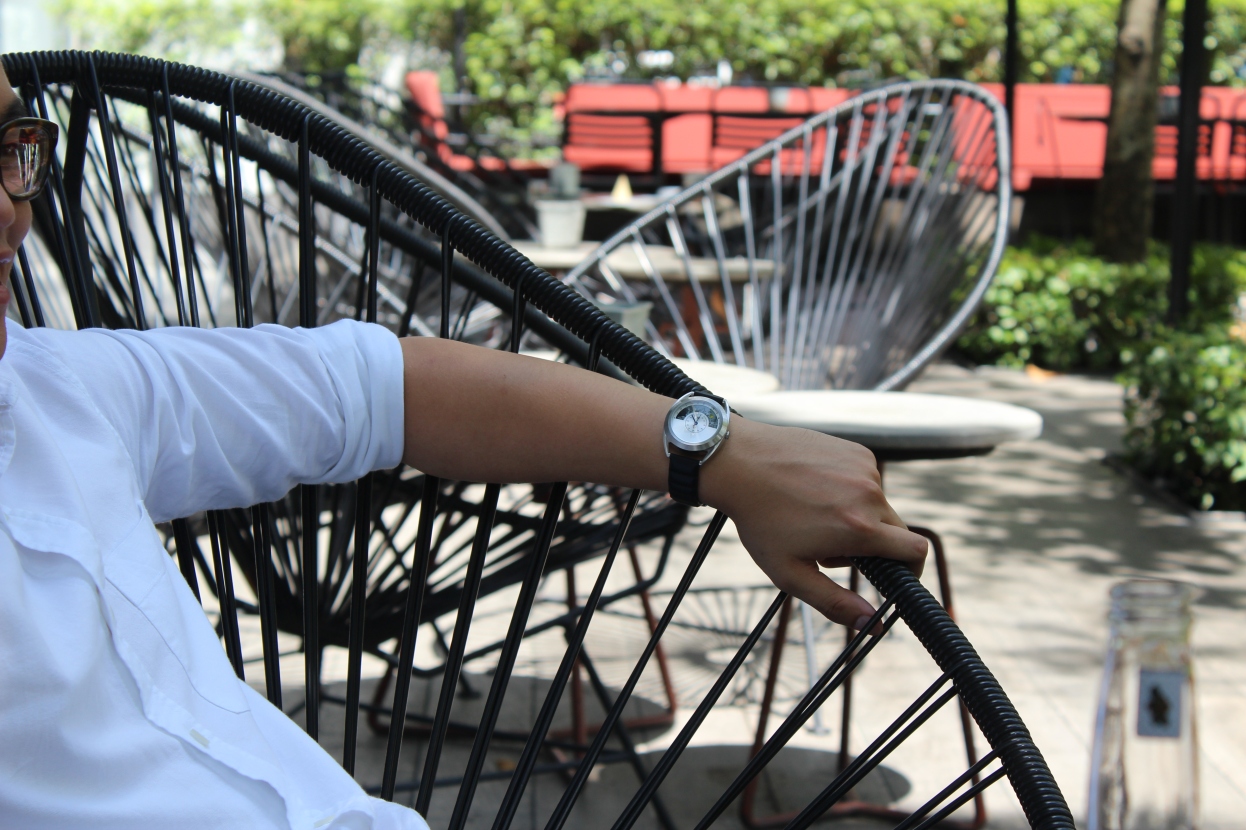 This was maybe the only piece of MJW’s Motochrono in Malaysia. Unless…

Perhaps the coolest part of the Motochrono for me is that, the frieze is pad printed by hand. The whole process according to MJW is done in Camberwell, south London. Each colour is mixed by hand and laid down by a pad printer on the frieze. Therefore, no two watches are exactly alike.  This as a result, adds to the uniqueness of the watch staying true to UMC’s philosophy, that every motorcycle they make has its individuality. That to me, is really cool.

I have little to complain about the Motochrono. It tells time well, albeit being hard to read at times. The strap requires more holes punched in them to cater to smaller wrists, and you can’t expect it to glow in the dark with its lume.

Like I said before in my previous review of the Last Laugh, MJW does not make watches of that kind. They are playful with their watches, and rightfully should be! I understand the appeal of the Motochrono towards people who love bringing old bikes back to life. MJW’s Motochrono has succeeded in putting the philosophy and story of UMC into a single watch.

MJW has never failed to surprise me with their creations, and I cannot wait to review another one from them.

-by Max, Zack and Meor